You are at:Home»Politics»The Big Stories Of 2019

Does the decade end in 2019 or 2020? That’s raging debate online which you can contribute to. What we can be sure of is, 2019 would expire in a few hours, and Myjoyonline.com is glad to take you through a tour of what the year looked back.

The year ‘hit the ground running,’ if you choose to say so. 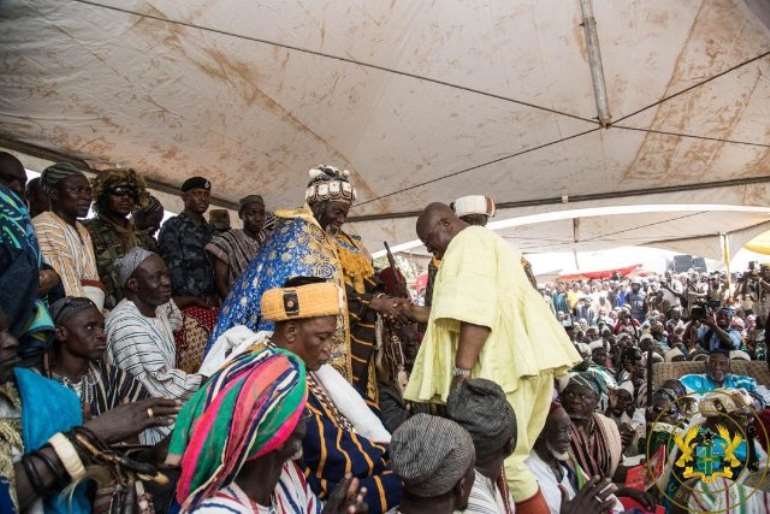 In January, after almost two decades of the Dagbon Kingdom being without an overlord, peace prevailed and the disputing factions united and installed a new Ya Na.

Abukari Mahama II was outdoored in a colourful ceremony at Yendi. President Nana Akufo-Addo was the guest of honour among many other dignitaries that attended the historic event. 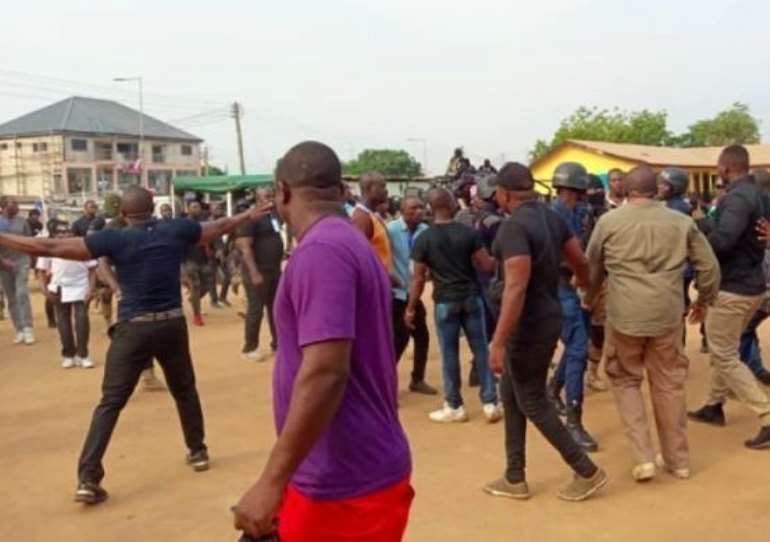 In the same month, a by-election held at Ayawaso West Wuogon in Accra was marred after armed men stormed the residence of the opposition candidate, NDC’s Delali Kwesi Brempong.

The disturbance escalated to the La Bawaleshie polling station nearby and voting there was stalled for about 20 minutes.

The NDC pulled out of the elections, citing safety concerns and called for the election called off.

It wasn’t; and the governing NPP’s candidate, Lydia Alhassan won a landslide victory.

A Commission of Enquiry, Chaired by former CHRAJ boss, Emile Short was set up to investigate the disturbances and proffer solutions to solve electoral related violence for good.

After, their month-long public hearing, the Short-Commission compiled their finding and handed same to the government who rejected more than 50% of the recommendations, including prosecuting government representatives who were found culpable in the January 31 disturbances. 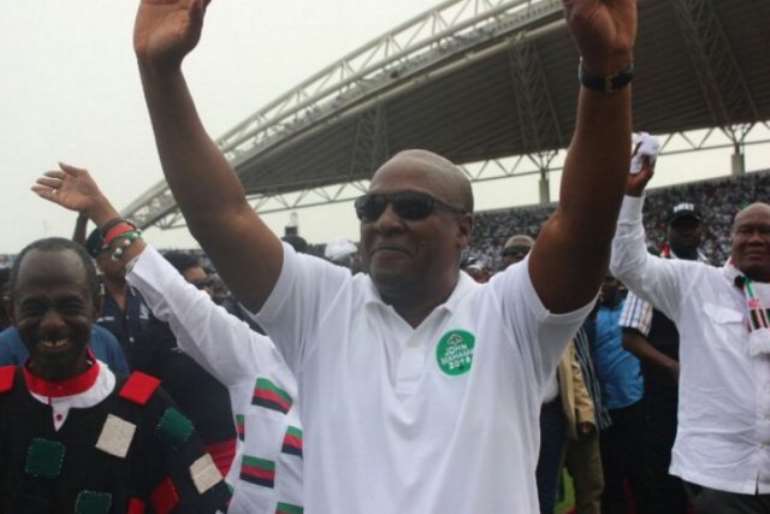 The following month, Former President John Mahama’s quest to return to power was endorsed massively by delegates of his party. The once Bole MP garnered over 95% of the votes against the likes of former UPS Vice-Chancellor, Joshua Alabi who vowed he would win.

Mahama promised to reunite the party ahead of the 2020 general elections. 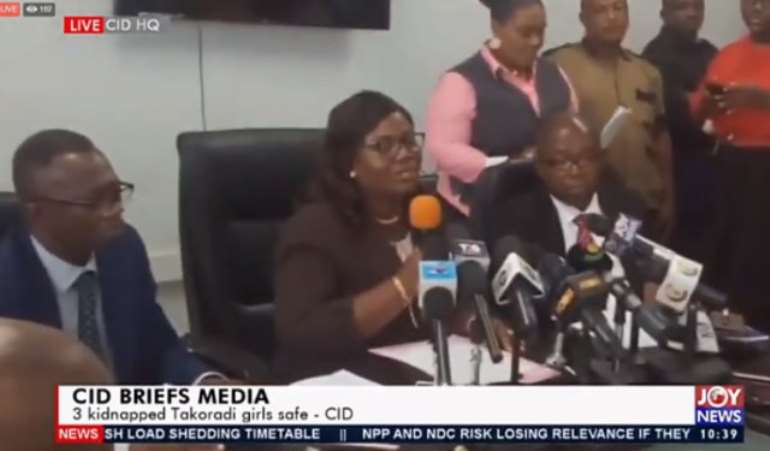 In April, the quest to find and bring home three girls from Takoradi who were kidnapped received some lifeline as CID boss, COP Tiwa Addo Danquah said on live TV that the police knew where the girls are and that they are safe.

Prime suspect in the case, Nigerian, Samuel Udoterk Wills remained in custody while being tried on a related case of jailbreak. 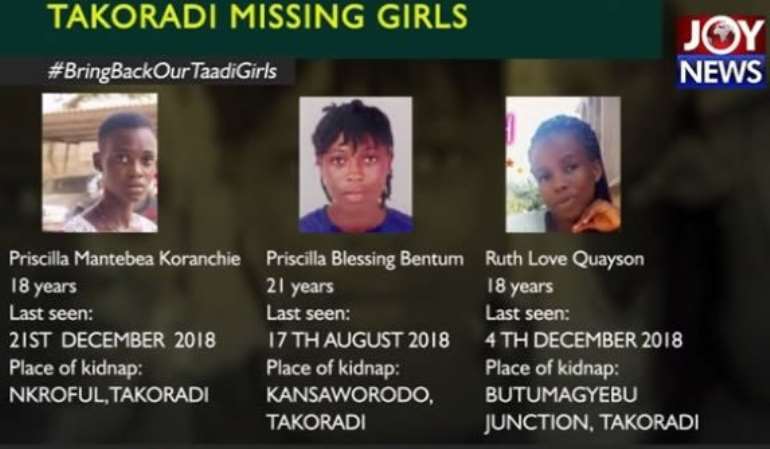 The lifeline given the families of the missing girls was crushed after news broke that human remains had been found in a septic tank at the residence of Udoterk.

DNA results, according to the police confirmed that the remains are those of the missing girls, sending the whole nation into mourning. But some were beyond sad, irate commentators called for the head of the CID who had assured families that the girls were safe.

COP Danquah did not step down, neither was she axed. A year of the campaign, led by JoyNews to save the girls came to nought. 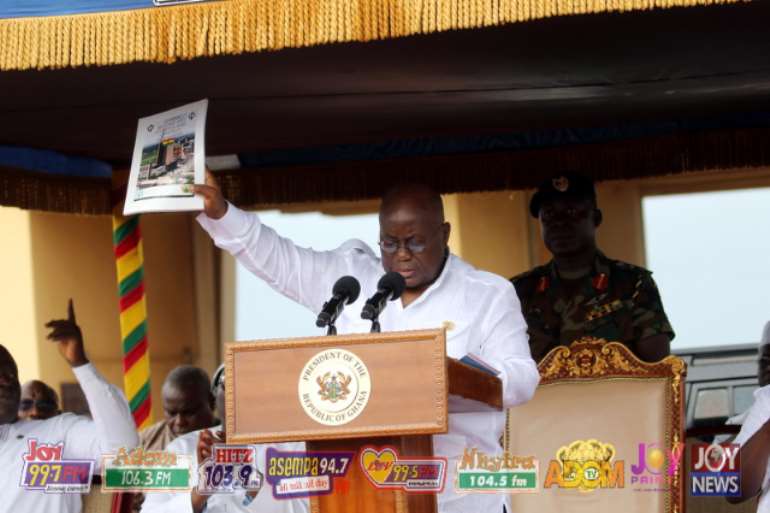 President Nana Akufo-Addo had set the phrase ‘Ghana Beyond Aid’ as his development agenda. To champion this, a policy document was outdoored by the government on May Day.

The spectacle which was meant to put the country in limelight and bring praise to the Akufo-Addo administration backfired and brought grave embarrassment to the nation as it turned out the cover page of the document was plagiarised.

An edifice of over was a building from East African country, Kenya.

The ‘Ghana Beyond Aid’ Committee apologised for the gaffe and also called on the designer of the document to apologise to the government. 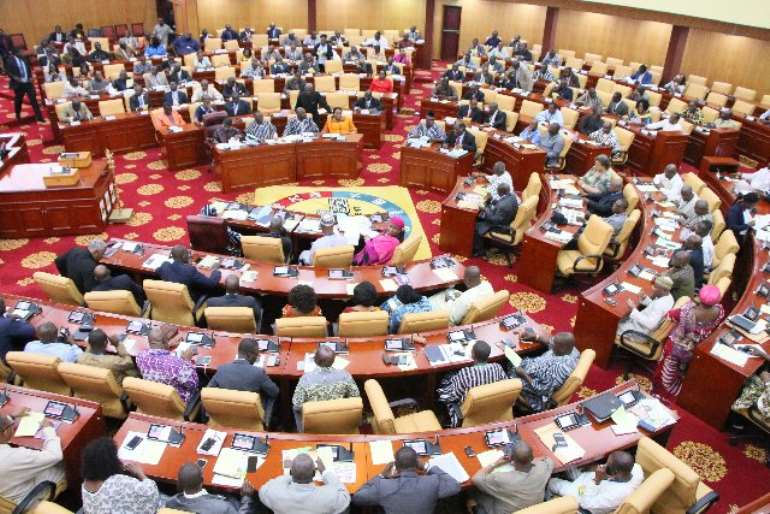 In June, a proposed new Parliamentary chamber tipped to cost the taxpayer some $200million united the citizens against their MPs. #DropThatChamber was the swift response that greeted the decision being championed by NPP MPs.

The opposition MPs backed the resistance, calling on their colleagues across the aisle of shelve the idea.

The idea was shelved after the resistance grew beyond what government could chew. 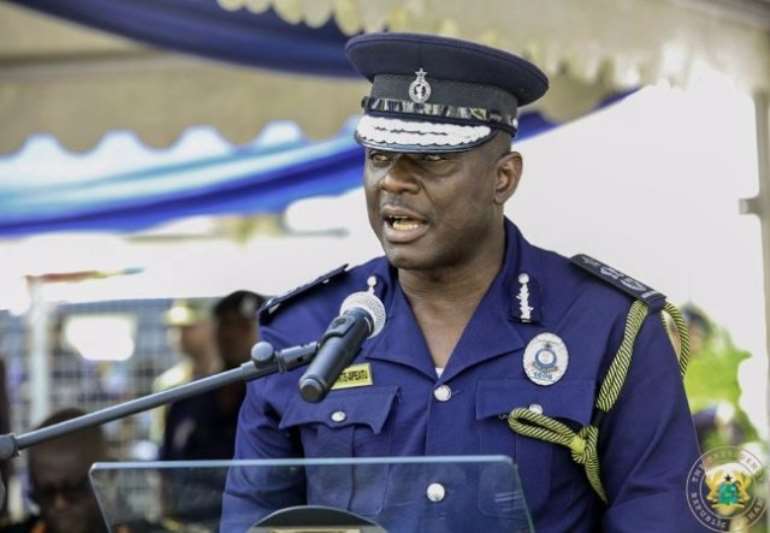 In mid-year July, a sudden directive from the Jubilee House sent the whole nation asking questions; the Inspector-General of Police, Asante Apeatu was relieved of his post just a few weeks to his retirement.

COP Apeatu was asked to hand over to his deputy James Oppong Boanuh.

That move alone drew criticism since Mr Boanuh was put in an Acting position which experts said would make him a puppet of the appointing authority. 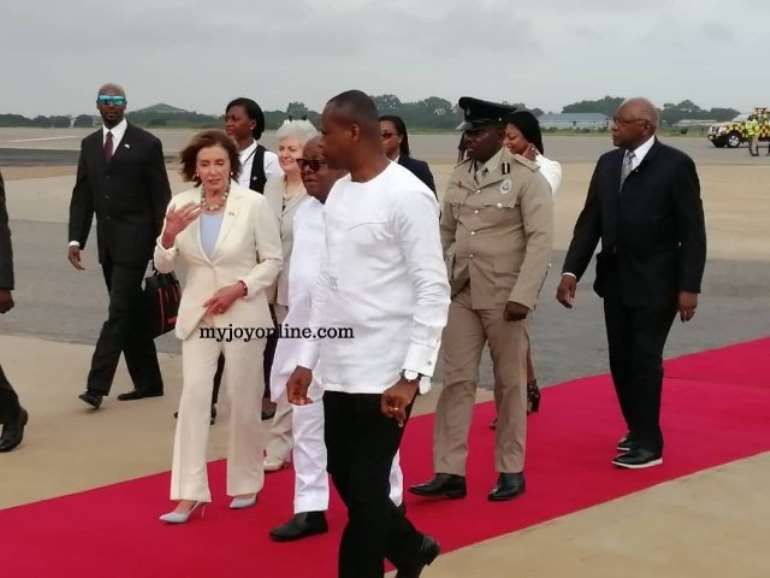 In the same month, Speaker of US House of Representatives, the lower chamber of the super power’s Congress-led the black caucus in the House to Ghana as part of the Year of Return celebrations.

Nancy Pelosi gave a historic address in Ghana’s Parliament as part of the visit. 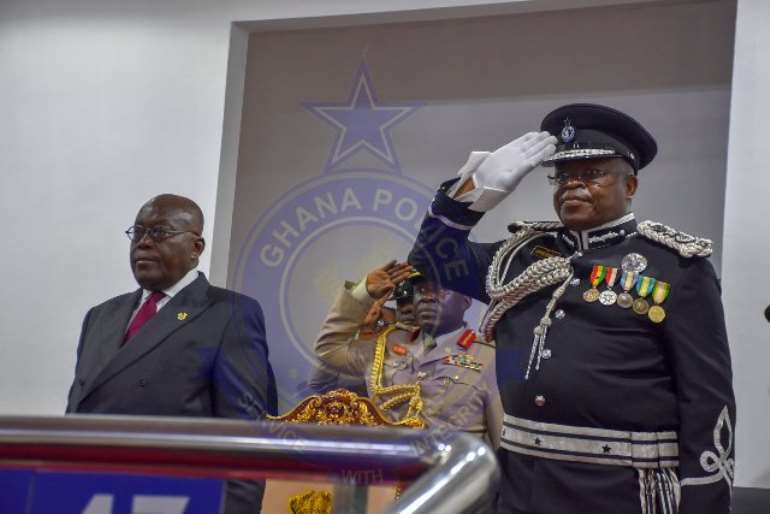 The new IGP was welcomed into office on a rather challenging note as of late July through to August saw the assassination of a number of police officers. 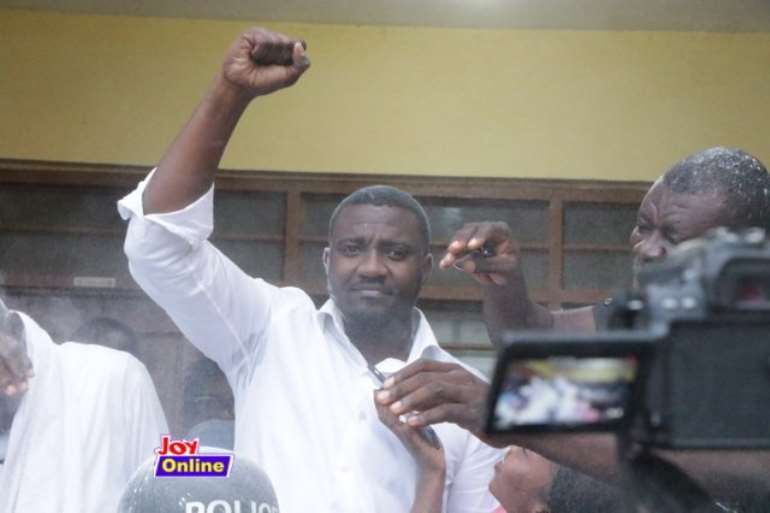 The story was not so glossy for other bigwigs as former Gender Minister, Nana Oye Lithur lost woefully in her bid to represent the party in the 2020 parliamentary elections at Adentan.

MP for Kunbungu, Ras Mubarak also lost the primaries, in essence, kicking him out of the House unless he decides to run as an independent candidate. 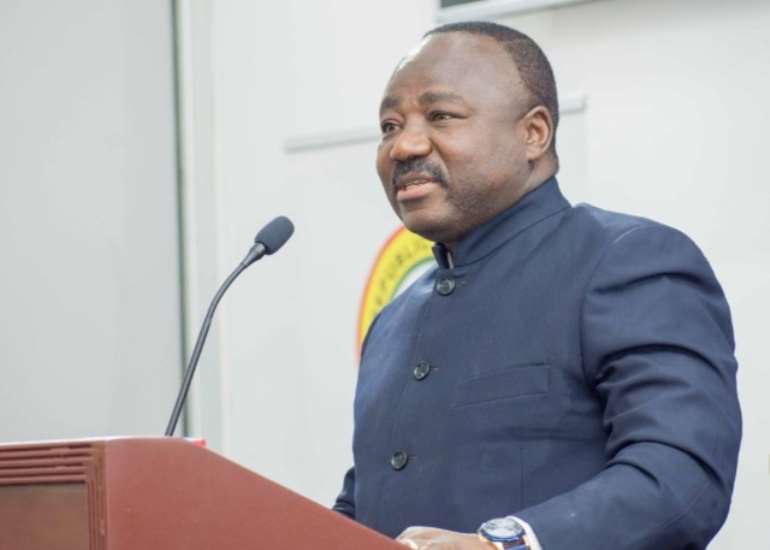 The CEO of the Public Procurement Authority was also fingered in one of the biggest procurement scams yet. An investigation by freelance journalist, Manasseh Azure Awuni revealed that his company Talent Discoveries Limited has been selling government contracts to the highest bidder.

Mr AB Adjei, a man decorated with many procurement awards and recognitions, was suspended from his post by President Akufo-Addo pending investigations by CHRAJ and the Special Prosecutor. 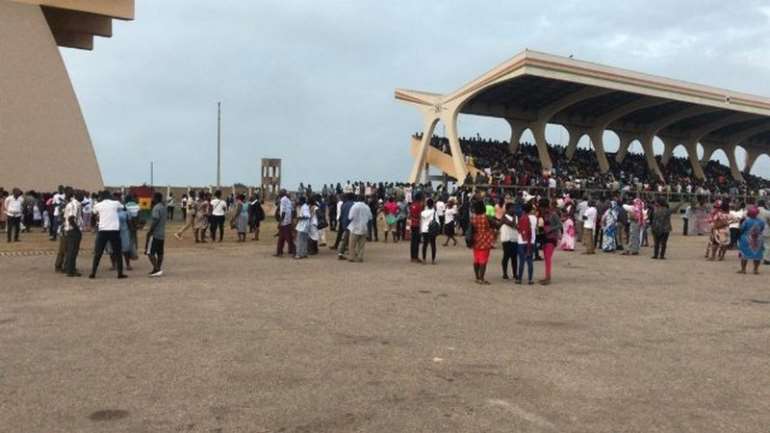 In September, a never-seen-before spectacle hit the Independence Square in Accra. JHS graduates amassed at the Osu venue to demand posting or change of placements to Senior High Schools across the country.

The opposition NDC blamed the “disaster” on the government’s mode of implementing the free SHS programme which had drastically increased enrollments. 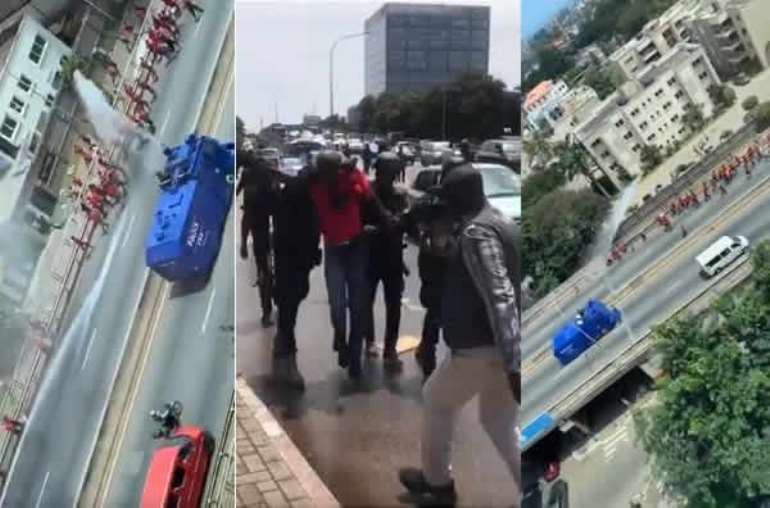 The controversies with legal education increased after results of admission exams into the law school were released, showing a paltry 7% pass.

Critics of the system lambasted the General Legal Council and called for immediate reforms. Then Chief Justice Sophia Akuffo, however, maintained her stance that she would not allow mass production of lawyers in Ghana.

The controversies were further deepened after police interrupted a demonstration by aggrieved law students, shooting at them and spraying them with water from their cannons.

The law enforcers received widespread condemnation but insisted they attacked the law students because they had gone out of order. Their explanations drew more condemnation after videos of the peaceful protest were blasted over social media showing the police were at fault.

Legal education remains a dispute between the students and the regulators. 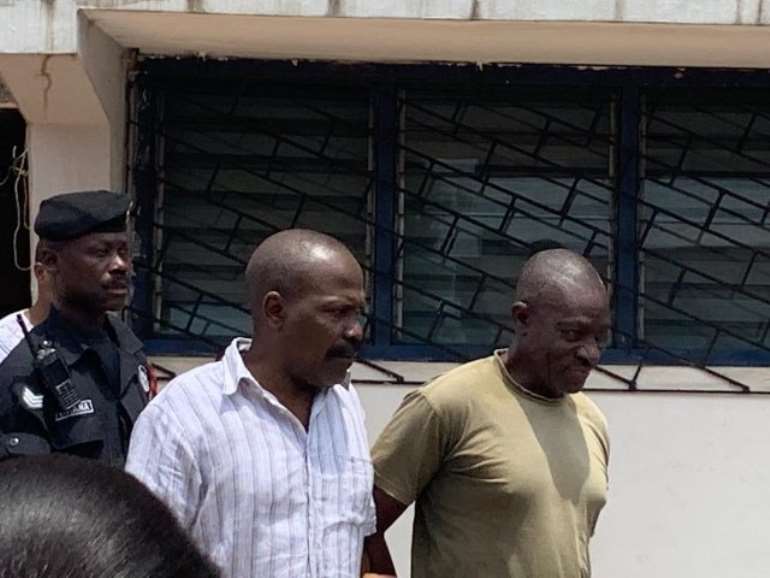 The nation was then thrown into shock after government announced that a coup plot had been foiled by 15 months surveillance by security forces.

The matter was with received scorn as many Ghanaians took to social media to mock the idea, saying the accused persons lacked the capacity to destabilise the state.

However, as weeks passed, military and senior police officers picked up in relation to the coup claims by the government.

All of the accused, including, outspoken ACP Agordzo remain in custody after the court denied them bail, arguing they could interfere with investigations. 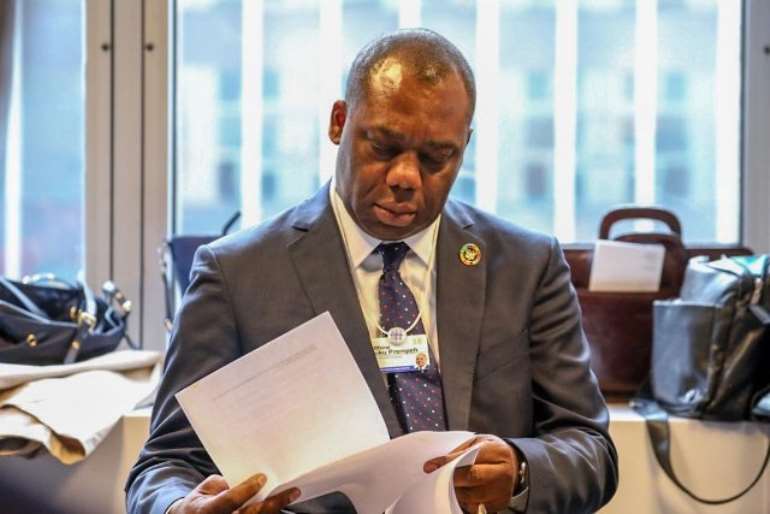 Reforms in basic education caused its own stir as it some documents reveal the education service was introducing Comprehensive Sexuality Education (CSE) which was being linked to LGBT ideas.

President Nana Akufo-Addo however, settled the storm when he said no such topics would be thought in Ghanaian schools under his supervision. 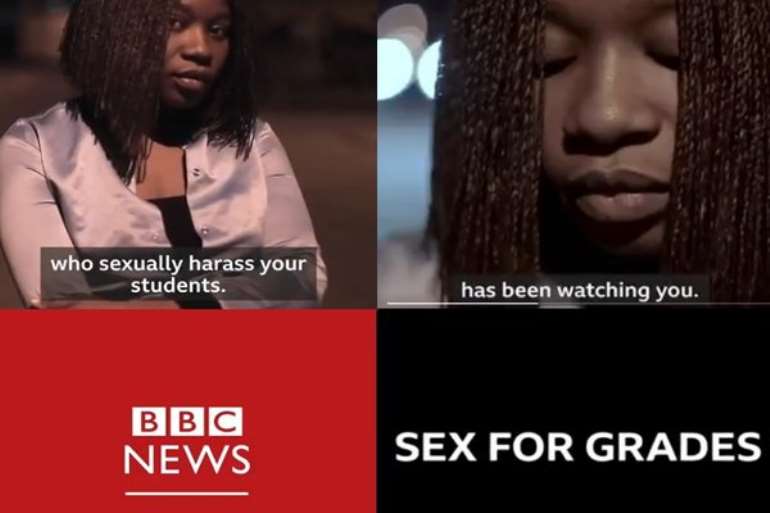 The BBC then shook the nation, and indeed sub-region with their documentary, Sex for Grades.

The UK media outlet said they targeted lecturers who have a reputation of harassing their students.

University of Ghana suspended two of its lecturers indicted in the documentary. A committee later established a prima facie case against the two lecturers and recommended they face the disciplinary committee of the university. 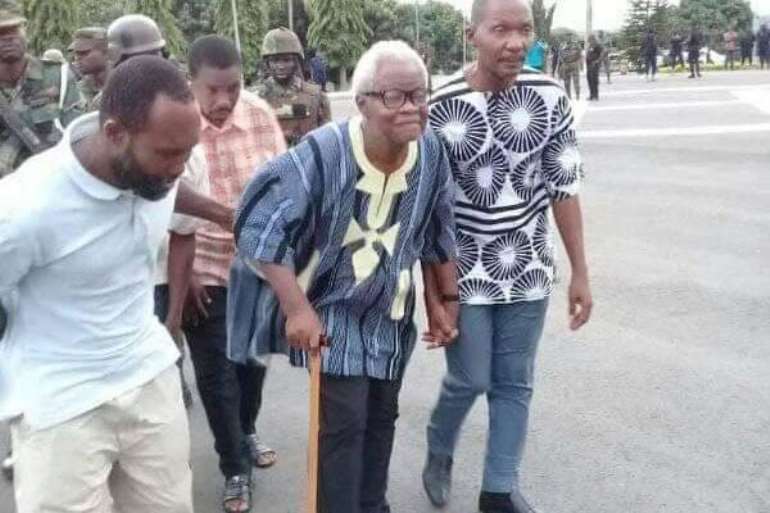 Several members of the group have been arrested and they face possible treason charges.

Their leader, octogenarian, identified as Papavi remains at large.

The group claims potions of the agreement on which the former Western Togoland joined Ghana have not been fulfilled therefore, the people had the right to independence from Ghana. 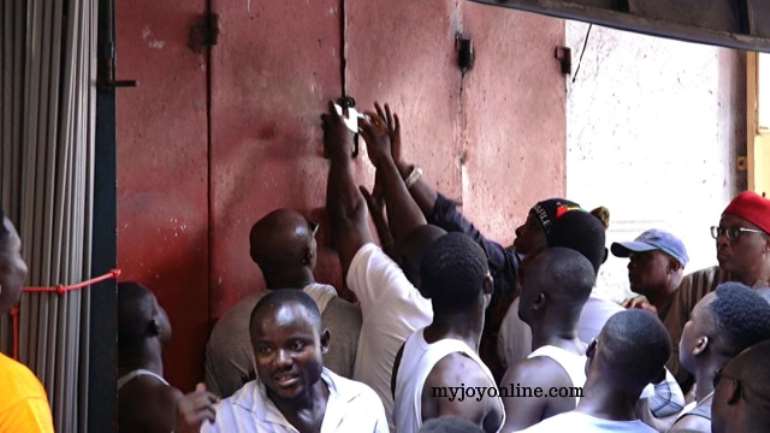 The recurring problem with local traders and their foreign counterparts showed its head again. The Ghana Union of Traders led its members to close down shops of Nigerians and other immigrants, mostly from the sub-region.

Per Ghana’s laws, foreigner are not allowed to engage in retail trade, the reason behind GUTA’s hostilities toward the foreigners.

A border closure by Nigeria has also failed to help matters as Ghanaian trader lament their goods rot away on the Benin-Nigeria border as goods are not allowed into or out of Nigeria.

A decision the West African giant says it is using to check to smuggle. 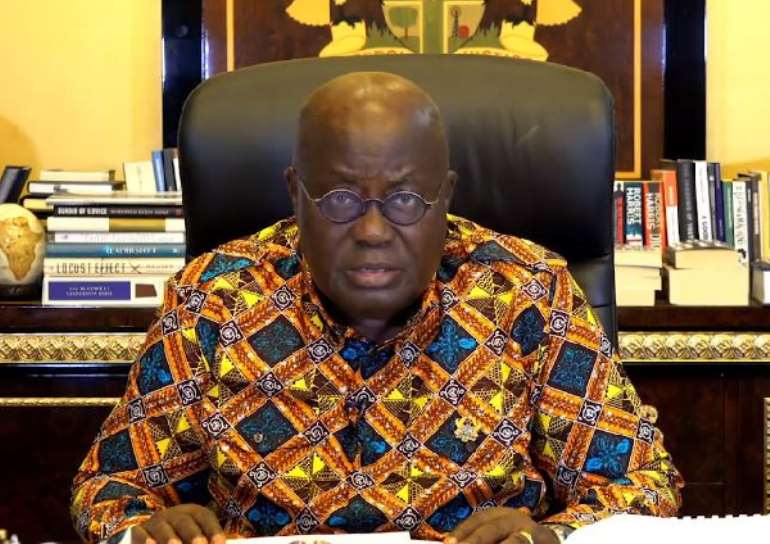 At the start of December, President Akufo-Addo was forced to withdraw the much-advertised Referendum that was intended to amend Article 55/3 of the constitution.

The amendment would have introduced partisan politics at the District Assemblies but the opposition NDC beat a sudden U-turn and called on their members to vote against the proposal.

The opposition party said the government was deliberately misleading Ghanaians to believe the referendum was about whether or not universal adult suffrage should be used to elect MMDCEs.

The NDC also said the pleasantries of partisanship need not be introduced at the local government.

The atmosphere became so charged that calls on the government to withdraw the referendum for a consensus to be built could no longer be ignored.

“With a heavy heart,” President Akufo-Addo withdrew the Referendum bill. 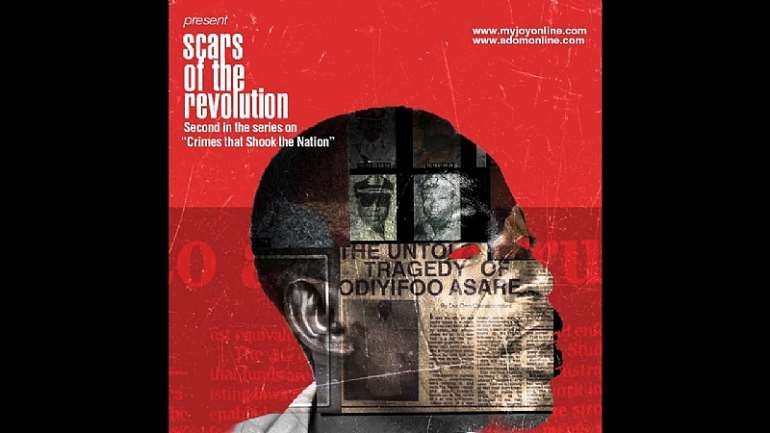 JoyNews also premiered its second special assignment documentary, scars of the revolution, which detailed the human right abuses during and after the December 31 coup d’état by ex-president JJ Rawlings.

Previous ArticleWhere will a ‘Fulani, Zongo’ lady like me be without education? – Samira defends free SHS
Next Article oters Will Demand Share Of ¢62m You Blew On Travel Before Voting — Mahama Tells Akufo-Addo