Four children have been killed instantly by a speeding driver at Egya No. 2 a suburb of Anomabo, a community along the Cape-Coast-Accra Highway.

One other child according to eyewitnesses is in a critical condition at the Saltpond Hospital.

The children were on their way home from school on Tuesday afternoon when the accident occurred as they crossed the road, eyewitnesses told Joy News’ Central region correspondent, Richard Kwadwo Nyarko.

The driver of the Hyundai 4×4 vehicle has been arrested and is currently in the Saltpond Police custody, Richard reported.

But residents of the area are incensed. In their anger, they blocked the Anomabo section of the Highway in protest of the killings.

One of them who spoke to Joy News said Tuesday’s accident is the second this week alone. 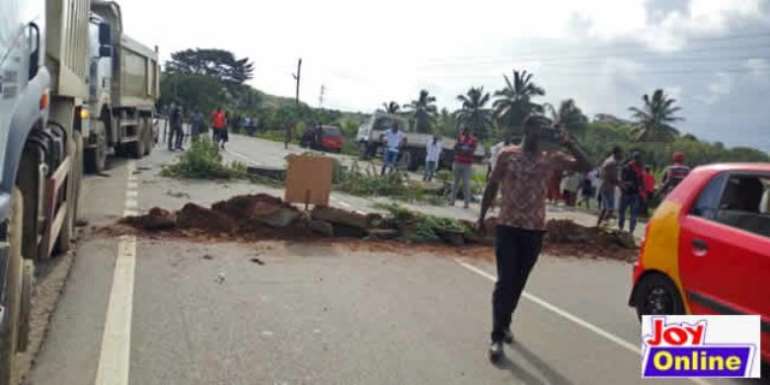 He claimed that another driver knocked and killed seven people on the same stretch Monday.

According to him, many requests for speed ramps to be constructed on that portion of the road have fallen on deaf ears.

Police, however, managed to clear the road for traffic to flow.