You are at:Home»SHoWbiz»Sister Derby stirs controversy with loved up photo and sweet birthday wish for Medikal

Medikal in celebrating his birthday yesterday had wishes from friends and loved ones in his life and even from those in his past.

In the early hours of yesterday, the rapper’s wife, Fella Makafui celebrated her husband with a romantic message and now, there is a new one coming from the rapper’s immediate ex-girlfriend, Sister Derby.

The 35-year-old shared a loved up photo of Medikal planting a deep kiss on her cheek as she pouts, with a message saying that “happy birthday to my sweet ex” and added a candy emoji to her caption.

The African Mermaid’s wish comes as a shock to many who have since been reacting to her post shared in the late hours of Sunday, 5th April 2020. At the time of this publication, the rapper who turns 26, had not replied his ex-girlfriend’s wish.

The pair’s breakup remains one of the most talked-about celebrities’ breakup following how the “Omo Ada” rapper quickly moved on with actress Fella Makafui, which sparked a rivalry between Sister Derby and Fella Makafui who got married to the rapper barely a week ago after a year of dating. 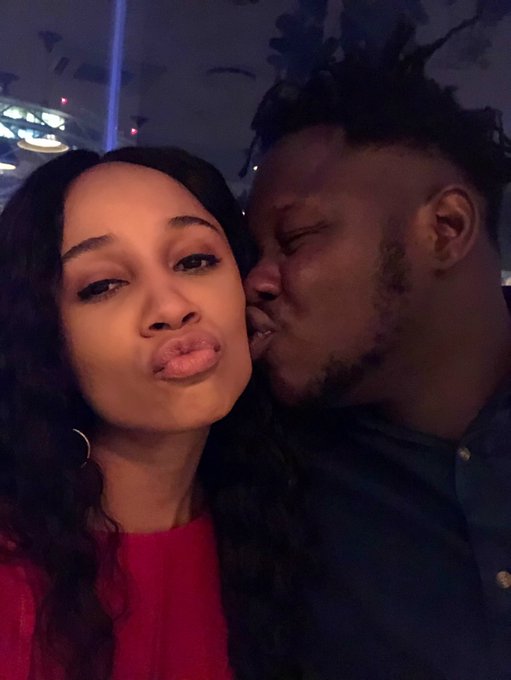 4,268 people are talking about this
Previous ArticleBroni Ft. Sarkodie – Ekomedeme Remix (Prod By DJ Kwamzy)
Next Article Check out 5 monster hits of Medikal as he marks his 26th birthday