Friday, June 25
Trending
You are at:Home»Local News»Sam Korankye Ankrah Bemoans Too Much Powers In President

The Founder of the Royalhouse Chapel International, Reverend Sam Korankye Ankrah has bemoaned what he describes as the excessive power given to the president.

According to him, it is important to reconsider the limits of the President in terms of some decisions and appointments made by the highest office of the land.

Speaking in an interview with Bernard Avle as part of activities marking his 60th birthday celebrations, Rev. Korankye Ankrah explained that the country needs to move away from the winner takes all politics as it has dire effects on the country.

He advocated for institutions to find innovative ways of running efficiently.

“We have to look at the powers of the presidency. I think they have too much powers. Powers to appoint IGP, head of the army etc.

Rev. Korankye Ankrah questioned why a position such as Chief Director for a ministry should be politicised.

“Why should the chief director’s position be a political position? This is a civil service position, our constitutional arrangement is not helpful. The winner takes all syndrome is not helpful, the general politicking is not helpful and finding faults at your opponents at all costs is also not helpful,” he said.

Reverend Sam Korankye Ankrah also called on state actors to ensure stiffer punishment is meted out to individuals who perpetrate crimes and other acts of corruption.

According to him, there have been instances where some people in high places of power have let off offenders who violate the laws of the country.

“It’s a problem, that the people who come to us and sit in our presence and hear us preach are the same people who govern this nation and are in public office and yet it is very difficult to practice righteousness. Corruption is high.”

“Our country is not the only country bracing itself with this canker, even in America and everywhere, except that in other jurisdiction the law will deal with you. Over here, when you are caught there is always a way where somebody somewhere will get you off the hook,” he bemoaned. 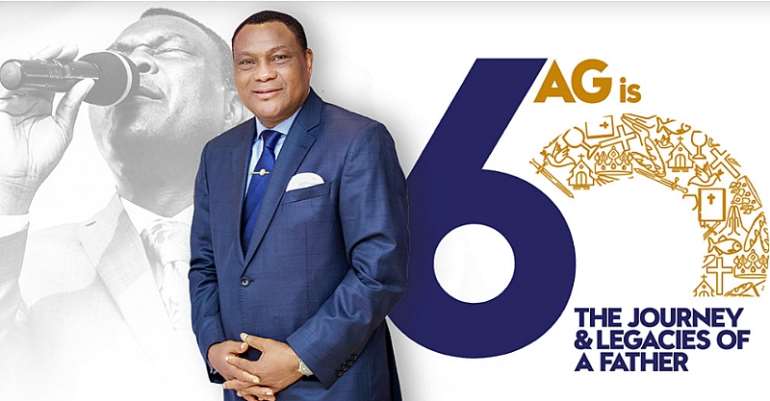 Reverend Sam Korankye Ankrah serves as the Apostle General of the Royalhouse Chapel International, a church in Ghana with more than 30,000 members.

He is also the first vice president of the Ghana Pentecostal and Charismatic Council.

Rev. Sam Korankye Ankrah will on February 23, 2020 celebrate his 60th birthday and 30 years in ministry as a man of God.

In 2008, Rev. Korankye Ankrah received the Order of the Volta award, one of Ghana’s highest honours, from Ghana’s Ex-President John Agyekum Kufuor for his charitable work in the areas of health and education.