He is seeking to wrestle the seat from the incumbent, Deputy Trade And Industry Minister, Hon. Carlos Ahenkorah.

This follows the successful filing of nomination forms yesterday at the NDC Tema West Office making his intention to contest for the parliamentary seat clear and official now.

Dr. Tufuor Sarpong was accompanied by family, friends some constituency party members, among others. 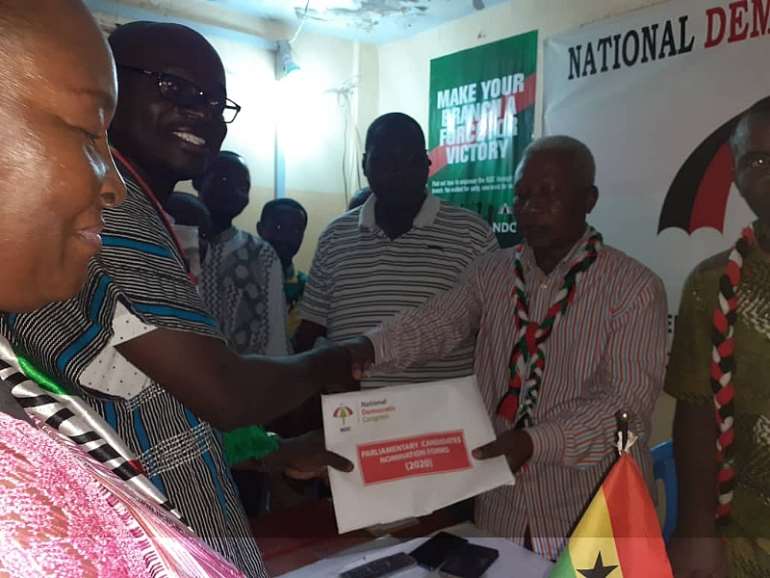 Addressing the gathering after submitting his nomination forms, he said the time had come for the NDC to take its rightful place in the Tema West Constituency.

According to Dr. Tufuor Sarpong, he considered himself as the MP in waiting and not a parliamentary aspirant.

“The Tema West Constituency and for that matter Ghanaians at large deserve better than what we are currently being offered by the ruling New Patriotic Party (NPP) under Nana Addo-Dankwa Akufo-Addo. Everything shows that the NPP has failed Ghanaians,” he stated.

He also said the prevailing economic conditions in the country under the NPP continue to be unbearable for Ghanaians.

“This is why we are appealing to Ghanaians to vote out the NPP in 2020 when the nation goes to the polls again. The NDC is the true party for the Ghanaian people with a major focus on development-oriented projects, policies tailored to make the economic life of the ordinary Ghanaian better,” Dr. Raphael Tufuor Sarpong stated.

He said the President Nana Addo has been loud with words at any given opportunity but Ghanaians have seen less action from him.

“The unprecedented lip-service being paid by the NPP and Akufo-Addo government is further making life hard and worse for Ghanaians,” he asserted.

He appealed to the NDC delegates to vote for him in their numbers to advance the political fortunes of the NDC in 2020.

Dr. Raphael Tufuor Sarpong indicated his readiness to dedicate himself in order to ensure NDC victory in 2020.