Mr. Drew is gradually gaining notoriety for sampling other artistes works and passing them as his.

Recall that a few months ago, the official music video of his song, Eat, featuring Stonebwoy was taken down by YouTube over copyright claims. Eat is a sampled cover of Nigerian-American singer Rotimi’s Love Riddim, which was released in 2019.

The visuals of Mr Drew’s Eat was taken down after Empire, Rotimi’s record label, made copyright claims to the content. “This video contains content from EMPIRE, who has blocked it in your country on copyright grounds,” YouTube stated.

It even drew Kuami Eugene attention who commented on the thread. 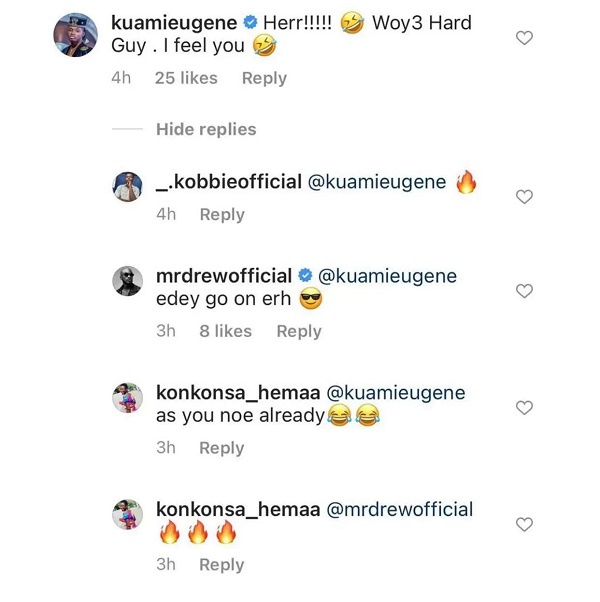 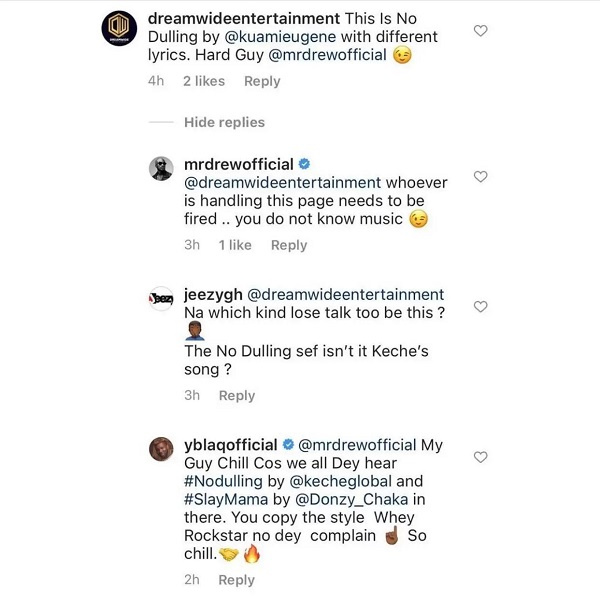