This is a sad development considering the whopping number of subscribers on it. Before it was terminated, he had over 140,000 subscribers and an average viewership of 20K in a day.

The Africa Digital Awards 2020 nominee has swiftly created a new YouTube channel and already has over 1,0000 subscribers. 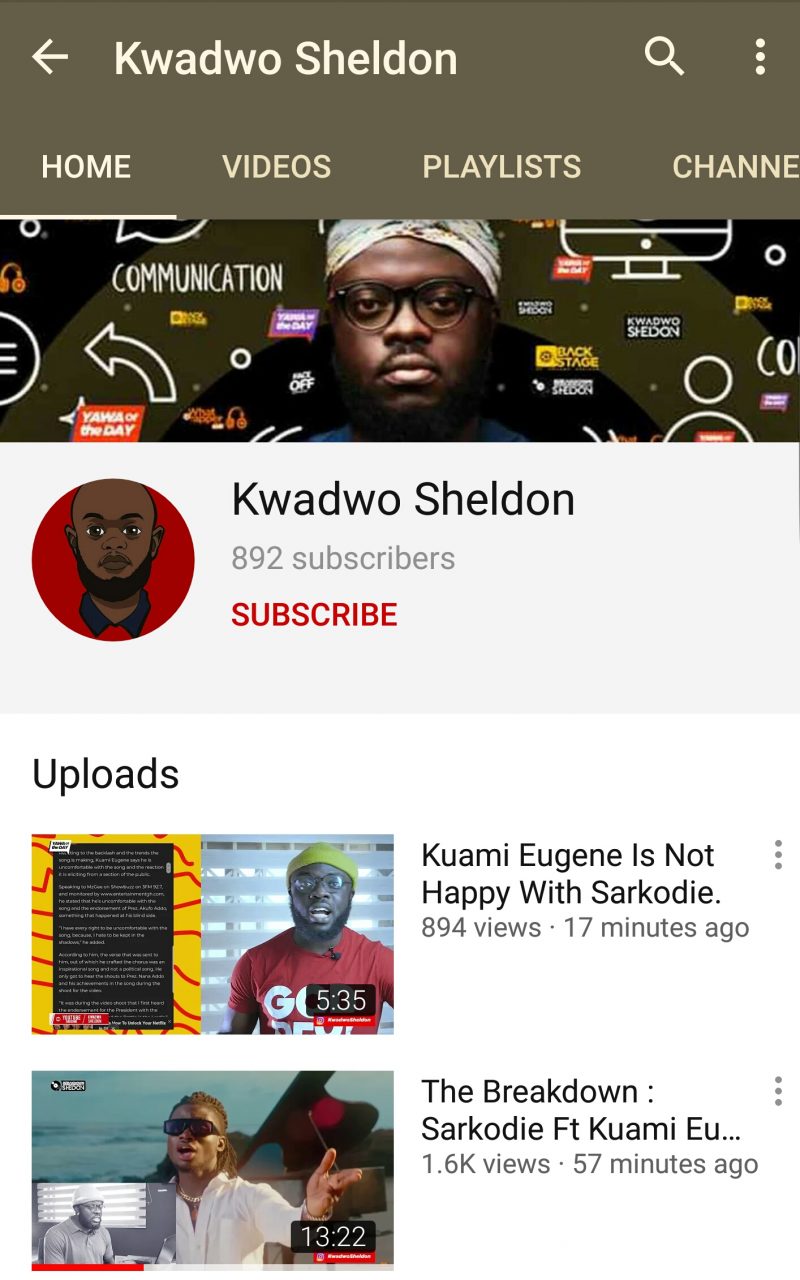 Kwadwo Sheldon in a new video detailing how he stole his channel said.

He continued that: “they started premiering some Japanese and Chinese videos on his account, deleting my old videos.”

Sheldon whose Gmail account was also hacked said he was sure google took down the account because they sensed that there was something suspicious going on on the channel.