Controversial songstress, Wendy Shay of RuffTown Records has angrily reacted to a post which says she is worth one to five million dollars.

According to her, she found out that her net worth has been pegged between one to five millions dollars which is disrespectful to her brand.

The ‘Kut It’ hitmaker upon seeing the post stated that she is worth more than that amount and called for the information to be edited as soon as possible.

She wrote, “I just found this on google … 1 million-5 million dollars net worth … that’s very very disrespectful I mean how … I’m worth more than that … the person who put it on the net shd delete it”.

Her statement has brought about serious debate on social media.

I just found this on google …1 million- 5 million dollars net worth..that’s very very disrespectful I mean how ..I’m worth more than that ..the person who put it on the net shd delete it 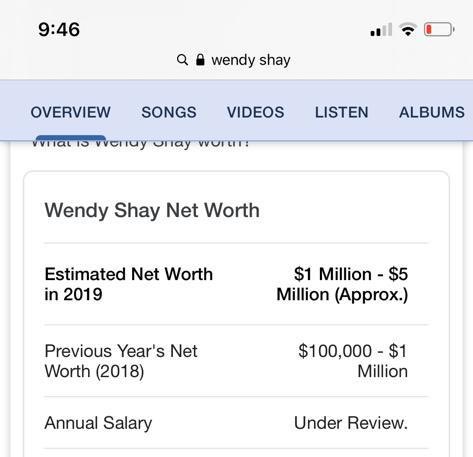