The Ghana Education Trust Fund (GETFund) says the three notable government appointees captured as scholarship beneficiaries in a performance audit report from the Auditor-General were not awarded scholarships under the current Akufo-Addo administration.

The Auditor-General report listed the Minister of Education, Matthew Opoku-Prempeh; the Procurement Minister, Sarah Adwoa Safo and the Executive Secretary of the National Council for Curriculum and Assessment (NaCCA), Prince Hamidu Armah as scholarship beneficiaries of the scheme in the past.

But GETFund in a statement said, “the aforementioned persons have not been awarded scholarships by the Fund under the current administration.”

Also in reaction to the report, the GETFund said its mandate was not limited to serving needy but brilliant students, in line with the GETFund Act 2000.

“The fund may, per its mandate, also provide support for other educational activities and programmes to serve strategic national interests.” 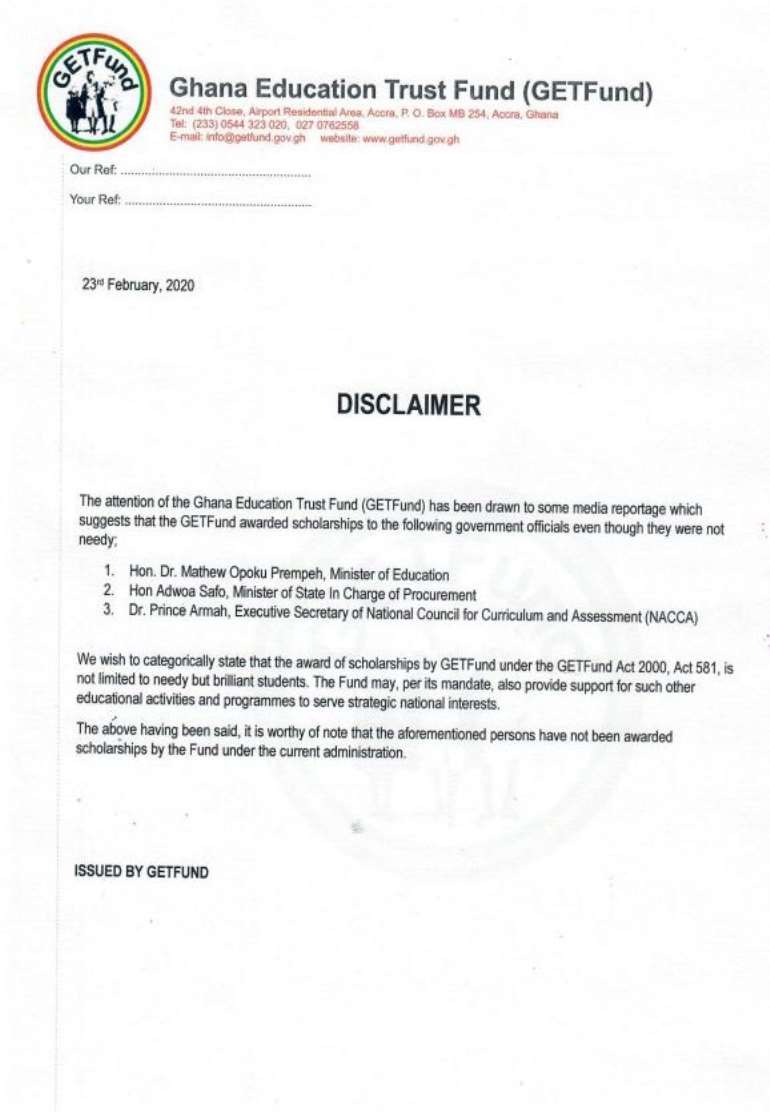 Some of the aforementioned officials have also responded to media reports on the matter saying they were beneficiaries before becoming appointees.