You are at:Home»Politics»Foreign Minister Woo Saudi Investors To Invest In Ghana

She made the call as she held bilateral talks with her Saudi counterpart, Faisal bin Farhan Al Saud, on Sunday, January 26, 2020 in Saudi Arabia.

The Ghanaian Minister observed that Ghana as a peaceful and stable country offers a gateway to the entire West African market and beyond for the investment interests of Saudi Arabian industries.

She therefore welcomed opportunities to form mutually beneficial strategic alliances in that regard. 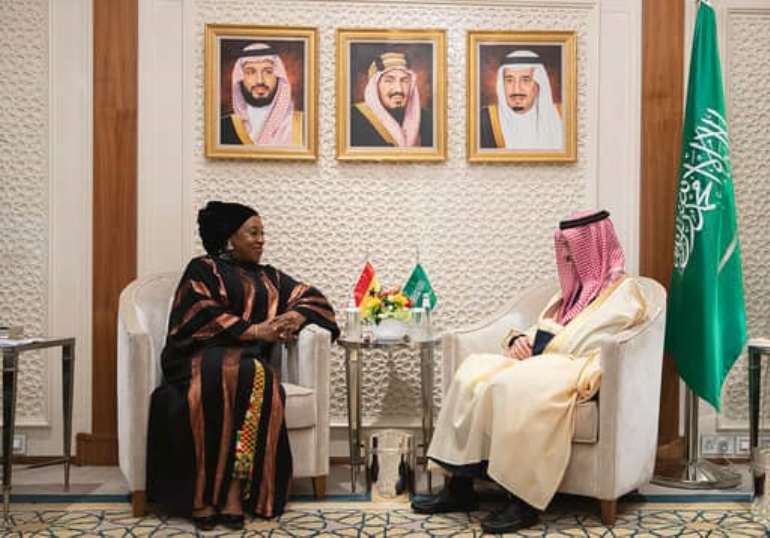 Mrs. Ayorkor Botchwey urged the Saudi Arabian Minister of Foreign Affairs to use his good offices to encourage Saudi investors to take advantage of the attractive incentives, within the context of the Ghanaian Government’s agenda to industrialize the economy, to invest in Ghana.

She stated that since the outlook for the Saudi economy is very positive and Ghana is also an oil-producing country, the two countries can work towards closer trade and investment cooperation in the field of oil and gas.

During the meeting held in Riyadh, both ministers discussed ways of improving the bilateral relations between Ghana and Saudi Arabia. 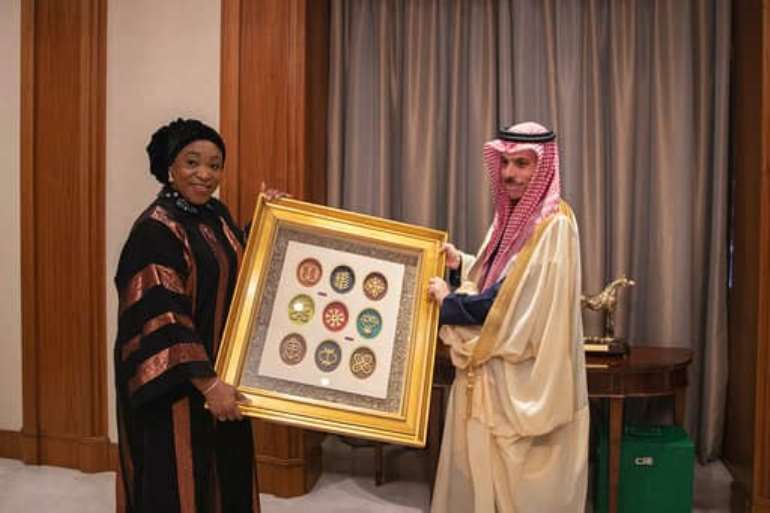 She assured Saudi authorities that the outstanding agreements between the two countries such as the General Agreement of Cooperation will be finalized by the government of Ghana for signature during President Akufo-Addo’svisit to the Kingdom in February, 2020.

The Minister recalled that Ghana and Saudi Arabia have enjoyed cordial bilateral relations which date back to the 1960s and indicate that since then, the bonds of friendship between the two countries have witnessed steady growth.

She added that Saudi Arabia is Ghana’s oldest bilateral partner in the Gulf Region and that, Ghana’s relations with Riyadh have paved the way for the expansion of its bilateral relations to the rest of the countries in the region.

Saudi Arabia, therefore, continues to remain a priority partner for Ghana in the region, according to her.

The thanked the Saudi Government for not only extending scholarships to young Muslim students to study in universities in Saudi Arabia, but also offering through the Islamic Development Bank, annual scholarships to Ghanaian students to undertake courses in Turkish universities in Medicine, Pharmacy, Engineering and Veterinary Science, to enable them contribute meaningfully to Ghana’s development.

She also thanked the Government of the Kingdom of Saudi Arabia for their contributions made to vital areas of Ghana’s national development including education, health care, energy, road construction, as well as donations to build mosques, orphanages and provision of safe drinking water in Islamic communities in Ghana.

Mrs. Ayorkor Botchwey seized the opportunity to commend the Government of Saudi Arabia for the role it has been playing in the Middle East.

She expressed optimism that there will be a lasting resolution of conflicts in the region.

On trade in the Middle East, she acknowledged that Saudi Arabia has been noted for its strong and resilient economy as well as being one of the world’s leading producers of oil.

She also noted that the Saudi population is young and increasingly well-educated, with tremendous potential to boost growth and further raise the standard of living in the Kingdom.