Monday, July 26
Trending
You are at:Home»SHoWbiz»Date Rush: Ignatius ‘exposed’ after turning down Freelove and 6 other ladies

A Ghanaian young man who appeared on TV3’s Date Rush reality show has sparked a controversy on social media.

The show sees two guys appearing on an episode to choose one lady from ten, for a date that could lead to a possible relationship. However, Ignatius, appearing on the show has shocked viewers after he turned down all 7 girls who were interested in him and went home without a date.

According to him, upon interacting with the ladies on the show, he had no connection and can not go out with any of them, a decision which left the ladies angry.

However, according to new reports, Ignatius is in a serious relationship with his alleged wedding postponed because of the coronavirus outbreak.

The information was made public by people who claim to know him personally, with some WhatsApp texts from an alleged girlfriend of Ignatius describing him as a womanizer.

A soft copy of his alleged wedding invitation card also popped online with his name.

A short story of how Freelove couldn’t get free love on #DateRush after shooting all her shots. It ended close to tears brethren 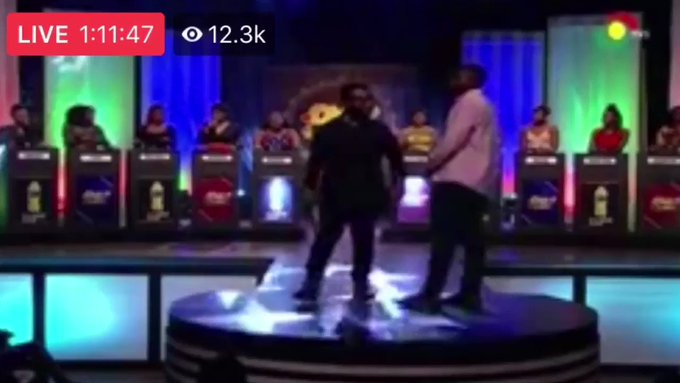 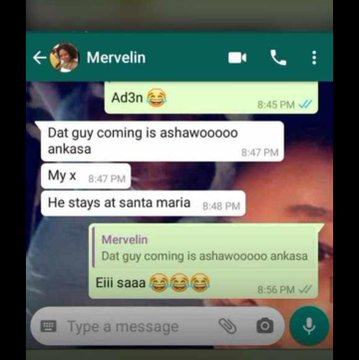 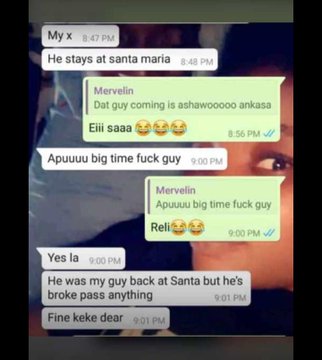 137 people are talking about this

So Ignatius had this and he still had the gut to go for #daterush? Or there is something I’m not getting clear. 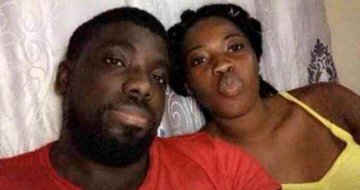 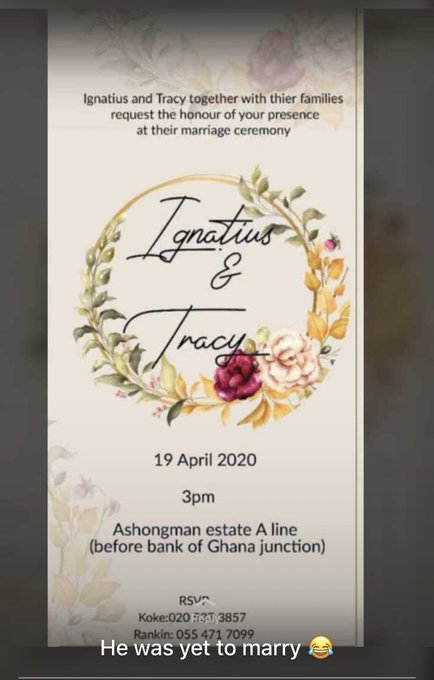 57 people are talking about this

I feel this was a stunt pulled by @tv3_ghana, it’s all written on how the whole episode played out.#DateRush#TV3#Ignatius 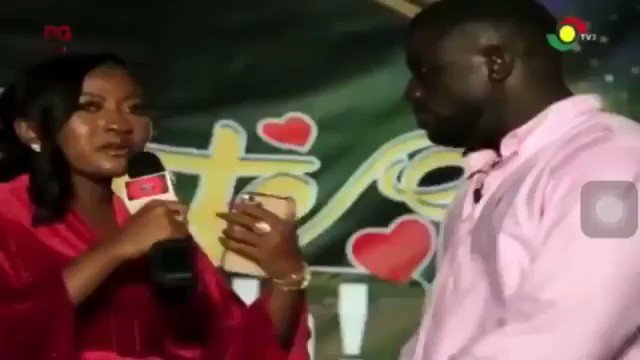 56 people are talking about this

The young man himself has also taken to social media to react to the controversy he has sparked.

Sharing his comment in a Facebook post, he said he as no idea he’s got a lot of ex-friends until reading some of the comments after the show.

However, he didn’t pass any comment about the wedding invitation card. See the screenshots below.