Awulae Attibrukusu III made this known when the Minister for Transport, Kwaku Ofori Asaiamah led the Chinese contractor executing the mini habour project at Axim to his palace.

The Transport Minister was at Axim to inspect progress of the project where he seized the opportunity to engage residents during a stakeholders meeting.

Welcoming the delegation, Awulae Attibrukusu III hailed President Akufo-Addo for honouring his 2012 and 2016 electioneering campaign promise to construct a mini harbour for the area.

He disclosed that when the then presidential candidate and now the President of Ghana, Nana Addo Dankwa Akufo-Addo visited him in 2016, he pleaded with him to construct a mini harbour for the area.

He said “President Akufo-Addo is a promised deliverer, he promises and fulfills.

“When he came to power he asked me what do I like and I told him that I like a mini harbour and not a board member position and he said he would honour my request and today , we are all witnessing the construction of the mini harbour,” the Paramount Chief stressed.

Awulae charged the contractor, China Harbour Expansion Construction Limited to give labour works to the locals as a fulfilment of the local content law.

He also urged them not to do shoddy work but excellent work, “if you do any shoddy work, I will say it because my name is ‘say it and die’ and if you also do an excellent job, I will applaud you”.

He pledged his total support for the construction of the project, adding that nobody would claim ownership of the land earmarked for the project.

He used the opportunity to advise his colleague Chiefs to embrace development and stop the unnecessary litigation that retard the development of their localities.

Awulae Attibrikusu III commended the MP for the area, Catherine Afeku for playing a key role in the construction of the mini harbour in the area.

He said the MP has lobbied for so many projects for the Constituency.

In this regard, the Paramount Chief told the MP not to force herself to campaign in 2020 and leave everything to them, they would fight for her bid to continue the good works she has started.

“In fact, Catherine Afeku deserves another term in office as an MP for Evalue-Ajomoro Gwira Constituency because she is doing well”, he added.

He continued “I want to tell you that don’t force yourself to campaign again because you have done well and you deserve big commendation”.

“You are a brave woman and a lobbyist. Mr. Minister, Catherine Afeku is lobbying for so many developmental projects to the Constituency and I will urge you to support her to deliver”, he emphasized.

On his part, the Minister for Transport, Kwaku Ofori Asiamah thanked the Paramount Chief for commending President Akufo-Addo for the project.

He also admitted that Catherine Afeku was doing well and indeed deserves continuity as an MP for the area.

He pledged his commitment to support Catherine Afeku to succeed.

He assured that he would visit the project site from time to tome to make sure the project is completed on schedule.

On her part, Catherine Afeku thanked the Paramount Chief for the endorsement and pledged to work for the betterment of the area.

She disclosed that the company has already employed 100 people within the area.

The 100 people formed part of the first batch of employees to be engaged during the execution of the project.

She charged the 100 people to work hard and avoid lateness to work and theft.

She disclosed that very soon the contractor would employ labourers and therefore urged his constituents to prepare for the opportunities ahead.

She expressed her gratitude to President Akufo-Addo for all the projects he has directed to be put up in the area within two and half years of his administration.

The Municipal Chief Executive for the area, Frank Okpenyen disclosed that the project started during the Kufour-led administration and abandoned after the administration lost power in 2008.

He applauded President Akufo-Addo for thinking about the good people of Axim for continuity of the project.

He said the project was going to be a game-changer and hailed the MP for her lobbying skills.

The MCE charged the gathering to give thanks to President Akufo-Addo and vote massively for him come 2020.

The project is being executed by China Harbour Expansion Construction Limited and it is expected to be completed within 18 months time.

When completed, the project would have a cold storage facility, an iced block making factory and a net mending shed, kindergarten, among other amenities

President Akufo-Addo on Wednesday, July 24, 2019 performed the sod-cutting ceremony at Axim in fulfilment of his 2012 and 2016 electioneering campaign pledge.

The Transport Minister was accompanied by the Chinese nationals, the Western Regional Minister, Hon. Kwabena Okyere Darko-Mensah, Ghana Harbour Authority, Ministry of Fisheries, the media among others. 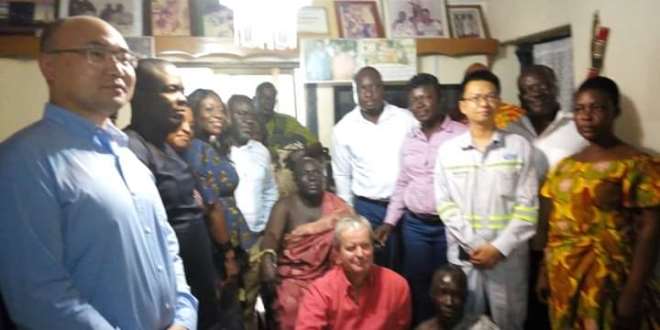 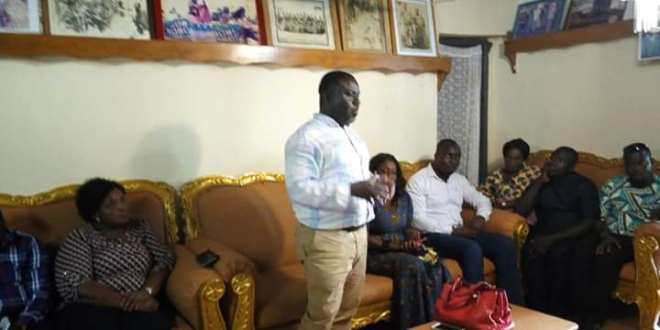 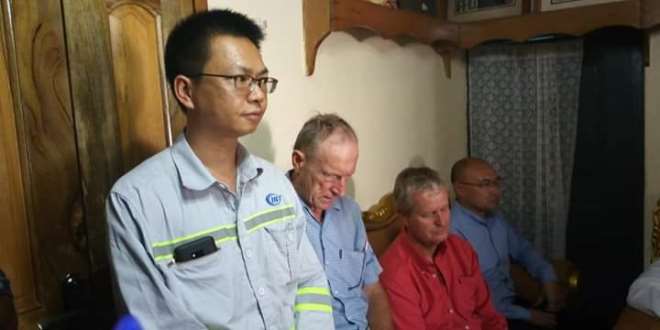